The founding of Liberia in the early 1800s was motivated by the domestic politics of slavery and race in the United States as well as by U.S. foreign policy interests. In 1816, a group of white Americans founded the American Colonization Society (ACS) to deal with the “problem” of the growing number of free blacks in the United States by resettling them in Africa. The resulting state of Liberia would become the second (after Haiti) black republic in the world at that time. 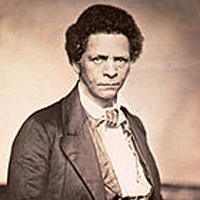 Prominent Americans such as Henry Clay, Daniel Webster, and John Randolph were among the best known members of ACS. Former President Thomas Jefferson publicly supported the organization’s goals, and President James Madison arranged public funding for the Society. The motives for joining the society were vast as a range of people from abolitionists to slaveholders counted themselves members. On the other hand, many abolitionists, both black and white, ultimately rejected the notion that it was impossible for the races to integrate and therefore did not support the idea of an African-American colony in Africa. Still, the ACS had powerful support and its colonization project gained momentum.

In 1818 the Society sent two representatives to West Africa to find a suitable location for the colony, but they were unable to persuade local tribal leaders to sell any territory. In 1820, 88 free black settlers and 3 society members sailed for Sierra Leone. Before departing they had signed a constitution requiring that an agent of the Society administer the settlement under U.S. laws. They found shelter on Scherbo Island off the west coast of Africa, but many died from malaria. In 1821, a U.S. Navy vessel resumed the search for a place of permanent settlement in what is now Liberia. Once again the local leaders resisted American attempts to purchase land. This time, the Navy officer in charge, Lieutenant Robert Stockton, coerced a local ruler to sell a strip of land to the Society. The Scherbo Island group moved to this new location and other blacks from the United States joined them. The local tribes continually attacked the new colony and in 1824, the settlers built fortifications for protection. In that same year, the settlement was named Liberia and its capital Monrovia, in honor of President James Monroe who had procured more U.S. Government money for the project. 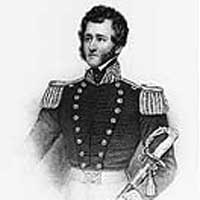 Other colonization societies sponsored by individual states purchased land and sent settlers to areas nearMonrovia. Africans removed from slave ships by the U.S. Navy after the abolition of the trans-Atlantic slave trade were also put ashore in Liberia. In 1838 most of these settlements, with up to 20,000 people, combined into one organization. The settlers attempted to retain the culture they had brought from the United States and for the most part did not integrate with the native societies. Today, about 5 percent of the population of Liberia is descended from these settlers.

The U.S. Government had provided Liberia some financial support, but Washington expected Monrovia to move toward self-sufficiency. Commerce was the first economic sector to grow in the colony. However, French and British traders continually encroached upon Liberian territory. As it was not a sovereign state, it was hard-pressed to defend its economic interests. The U.S. Government lent some diplomatic support, but Britain and France had territories in West Africa and were better poised to act. As a result, in 1847, Liberia declared independence from the American Colonization Society in order to establish a sovereign state and create its own laws governing commerce.

Despite protests by the affected British companies, London was the first to extend recognition to the new republic, signing a treaty of commerce and friendship with Monrovia in 1848. Because of fears of the impact this might have on the issue of slavery in the United States, Washington did not recognize the nation it had played a role in creating. In the meantime, a mass exodus of African-Americans to Liberia never materialized. Though President Abraham Lincoln was open to promoting the idea, several abolitionists in his cabinet opposed it, some for moral considerations and others for the more practical reason of retaining sufficient labor and military forces for the future. The United States finally established diplomatic relations with Liberia in 1862, and continued to maintain strong ties until the 1990s.