Diplomacy: A Key Component of the Revolution

Given the overwhelming strategic and military advantages of Great Britain, the United States could gain independence only if it attracted the support of Britain’s enemies, France and Spain. 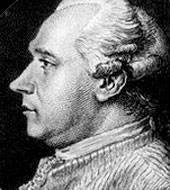 Silas Deane
In November 1775, Congress established the Committee of Secret Correspondence to “correspond with friends” and prospective supporters abroad and to send commissioners to other key countries. Silas Deane was sent to France in March 1776, and Arthur Lee became a “confidential correspondent” in London.

American commissioners during the Revolutionary period were authorized to appoint commercial agents to supply the American war effort, but the committees of the Continental Congress also appointed some commercial agents directly. The resulting confusion caused Franklin to complain, “Commercial agents . . . and the captains are continually writing for my opinion or orders or leave to do this or that, by which much time is lost to them and much of mine is taken up to little purpose from my ignorance.”

In October 1776, Franklin sailed to France to lead the diplomatic effort. His patient diplomacy combined with the American victory at the Battle of Saratoga resulted in a Treaty of Alliance with France in February 1778. Benjamin Franklin officially became the first American Minister to serve overseas when, on March 23, 1779, he presented his credentials to King Louis XVI of France.

In June 1781, Congress named a Peace Commission, including Franklin, John Adams, and John Jay to negotiate an end to the war. The commissioners reached agreement with the British on November 30, 1782.