“Our Ministers Do Not Express Their Real Opinions”

By Peter Cozzens
Office of the Historian, U.S. Department of State

American diplomats reporting from abroad in the latter decades of the nineteenth century wrote openly at their own peril. The Department of State offered no guarantee that their dispatches would remain confidential. In annual volumes called Papers Relating to the Foreign Relations of the United States (the precursor to what we now know by the acronym FRUS), the State Department published what it considered the most salient diplomatic correspondence of the year. In my research article “A Surprising Manifestation of Backbone” we see an example of the Department manipulating FRUS content to pursue policy goals as well as to shape public opinion and Congressional debate. And, as I implied in that article, there was sometimes a sinister relationship between FRUS and the spoils system by means of which most ministers1 and consuls were appointed—that is to say, Secretaries of State permitted the publication of sensitive dispatches for partisan political purposes. 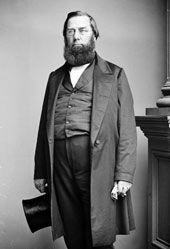 No one better understood the personal harm that frank reporting might cause than did Minister to Italy George P. Marsh, one of America’s most able diplomats. As he was dressing for dinner with the Italian foreign minister one evening in January 1872, Marsh nearly fainted when a servant brought him the afternoon newspaper, which contained excerpts from a scathing indictment of the Italian government he had sent Secretary of State Hamilton Fish in an encoded, confidential dispatch two years earlier.2

In 1870, Italy was wrestling with the question of seizing the Papal State of Rome, formerly a French protectorate. When it became clear to Marsh that the Italian government in Florence had no fixed policy, he unburdened himself to Fish with complaints about Italian “vacillation, tergiversation, and duplicity,” and its “blind obedience” to the dictates of Napoleon III. The dispatch appeared in FRUS 1870.3 Two years later, the Italian press discovered it. Only Marsh’s friendship with the prime minister and foreign minister, and the passage of time, saved his position. Had the Italians taken note of the document’s publication in 1870, Marsh likely would have been expelled.

How had Marsh’s sensitive dispatch found its way into FRUS? Both Marsh and his first secretary thought it had been “treacherously printed by the Department of State in the volume of Foreign Relations with the malicious object of making the legation in Italy untenable any longer by its minister.”4

They were probably right. Republican Congressman John Bingham, a friend and strong supporter of President Ulysses S. Grant and Secretary Fish, wanted the job; the apolitical Marsh, on the other hand, had no comparable allies in high office. What better way to clear the way for Bingham than to let slip a dispatch from Marsh that would enrage the Italians?5 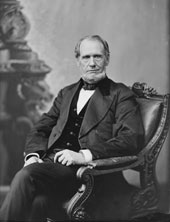 Eleven years later former Minister to Peru Isaac P. Christiancy was enraged to see published a “private and personal” letter he had sent Secretary of State James G. Blaine on May 4, 1881. Christiancy’s letter discussed the War of the Pacific in general and the “debauched” state of the Peruvian people in particular. “The laboring class [is] sunk beyond redemption,” he told Blaine. As for the ruling class, “there seems to be no fixed principle of honesty, no idea even of that self-sacrificing patriotism which is essential to a proper and honest administration of government. This letter must be treated as perfectly confidential, for your own eye and that of the president alone,” Christiancy reminded Blaine in closing. “My own life would not be safe here for one day if it were made public.”6

Fortunately for his personal safety, Christiancy was no longer in Peru when his letter was published in FRUS and made newspaper headlines nationwide. Most papers condemned the release of so sensitive a document. The New York Herald-Tribune admonished the State Department toward greater secrecy: “If it is possible for confidential dispatches to be divulged by so important an office as the State Department, the result will be that ministers will not send such dispatches, but prefer to communicate their substance orally”7 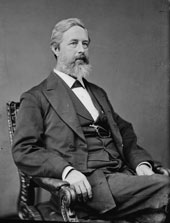 Aaron A. Sargent, Minister to Germany

The Herald-Tribune hit the mark. The experiences of Marsh, Christiancy, and other ministers dampened candor in reporting, as ministers were reluctant to express themselves freely for fear that their words might appear in public. After the Department published—and the German press reprinted with angry commentary—a dispatch he had written on the tendentious issue of American pork exports, Minister to Germany Aaron A. Sargent told the Department that he simply would desist from reporting honestly.8 In 1886, former U. S. Minister to Greece Eugene Schuyler, who had left the diplomatic service to teach diplomatic history, warned that “our ministers do not feel free to express to the Secretary their real opinions, for they have always in view the possibility that their dispatches may be published... Even confidential letters do not always tell the whole truth.”9 Schuyler’s solution was to scrap FRUS.

Of course, that did not happen. How the Department responded to complaints and circumspect reporting from its ministers will be the subject of my next blog entry.