While the Department struggled with McCarthyism, it also sought to modernize its personnel practices. Postwar growth produced what one historian described as “inertia, inflexibility, and loss of efficiency in the use of personnel.” Stanton Griffis, a businessman who served as ambassador to several countries, later satirized the confused situation. Overseas missions, he noted, constituted "a fantastic network of men, women, and typewriters, who report [on] political, economic, labor, and agricultural conditions.” These reports then went to Washington, where they were immediately filed away. Then “the home team, having properly disposed of the information from the field, proceeds to write its own endless reports to go forward to the same ultimate fate in the embassies throughout the world.” 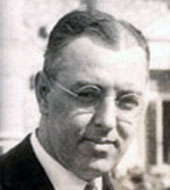 The post-1945 personnel problems of the Department of State attracted the attention of a commission created to investigate all aspects of government organization after World War II, which was headed by former President Herbert Hoover. In 1949, the commission called for reforms to eliminate one important source of difficulty—the negative distinctions between Foreign Service officers and Civil Service employees who staffed the Department's headquarters in Washington. In 1954, Secretary of State Dulles asked Henry M. Wriston, the president of Brown University, to undertake a study of the Department's personnel practices. Dulles drew attention to a number of concerns, among them poor morale because of managerial shortcomings, low intake into the Foreign Service, and inequities that stemmed from variations in the treatment of different categories of employees. After examining these matters, Wriston called for the integration of many Civil Service employees into the Foreign Service, a process that took several years and was known as “Wristonization.” By the end of 1957, the Foreign Service had more than doubled in size to 3,436 officers. By August 1959, 1,523 Foreign Service officers were assigned to positions in the Department in an effort to improve communications between Washington and the overseas missions and to fulfill the legal requirement that Foreign Service officers spend a portion of their careers in the United States.